Is Mandelson the new Heseltine ? 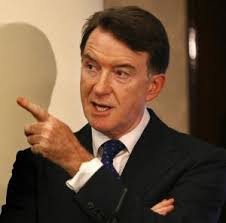 In the dying months of the last Tory government, when all was doom and gloom for the Tories, when everyone knew they were going to lose the 1997 election heavily, there was one Tory who was unbowed, still took the fight to Labour and despite the polls saying otherwise, was telling the press he was predicting a Tory majority of 20 seats. In many ways Michael Heseltine was like the German propaganda ministry in April 1945 or Comical Ali in Iraq in 2003, talking a good war, making much of tiny successes whilst ignoring t 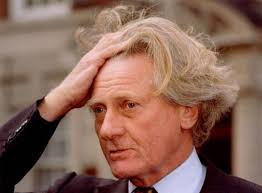 he obvious. It seemed slightly ludicrous at the time, but must have been offering some reassurance to Tories in those dark days. It appears Peter Mandelson has taken on this role with gusto for the Labour Party.

Peter Mandelson has nothing to lose of course. he has no parliamentary seat and has no reputation to lose with the press. By offering such a resolute defence of Labour even when they are in the wrong, he does not woo voters or the media, but he gives Labour activists some hope, he wins lots of kudos within Labour ranks and can then hope to play a leading role in reshaping the Labour Party after the next general election, and this is perhaps the most significant thing. Whereas Heseltine was coming to the end of his career in politics, Peter Mandelson is not yet at that stage and having been heavily involved in the creation of New Labour, he might be one of the few positives the Labour Party might have after the next general election. A man with a vision.
There are other interesting parallels between these two political characters. Both have stood on the periphery after holding ministerial office whilst they also share a love hate relationship between themselves and their parties. Mandelson is blamed by some on the left of betraying the socialist principles of Labour. Heseltine, in contrast, is still loathed by some Tories for having the guts to stand against Thatcher.
In the meantime we can expect another nine months of Mandelson defending the indefensible. Whilst it might look and sound ridiculous for him to do so, remember that with each utterance his position becomes stronger with the Labour Party.
Posted by NB at 13:14

Interesting comparison - hadn't thought of that.

Nich, you are naughty. But not as naughty as me.